Global March For Elephants and Rhino 2019

For the first time ever Birmingham marched for the survival of wildlife joining London and over 70 cities across the world to be a voice for endangered wildlife on the brink of extinction due to trophy hunting, poaching and human conflict.

The 5th Global March for Elephants and Rhino was a great success with over 200 activists involved in this huge day of action making their voices heard through the centre of Birmingham City. We had speakers from League Against Cruel Sports, Ethical Bucket List and David Shepherd Wildlife Foundation and a speech from organiser Jenny Nolan to open the event. Tom Watson Deputy Leader of the Labour party kindly put together a video to show his support for Birmingham's Global March for Elephants and Rhino.

Our key domestic action was to call upon the UK Government to ban the import of hunting trophies of endangered species coming into the UK from British trophy hunters. Around 2,500 gruesome trophies have entered Britain over the last decade which includes the body parts of Elephants, Lions, Giraffes, Hippos, Zebras and Leopards. These barbaric acts are adding to the already endangered species and driving them closer to extinction.

We want our Government to take a stand and set an example for other countries to follow by banning this cruel, outdated and barbaric so called sport!

The broader theme of the march was to call upon CITES to give the highest protection to endangered wildlife and reject all proposals to down list.

Express and Star's report on the March here

*MAY 2019 UPDATE* Sadly In recent news the new President of Botswana has lifted the hunting ban against Elephants saying they will be culled giving trophy hunters the go ahead to murder these beautiful majestic gentle giants, a massive step backwards!!! 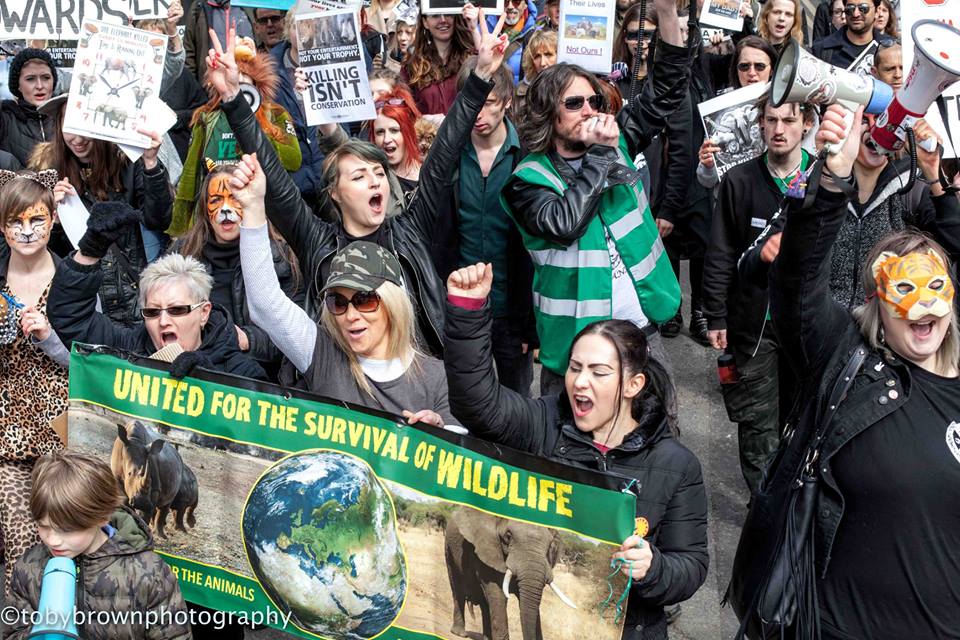 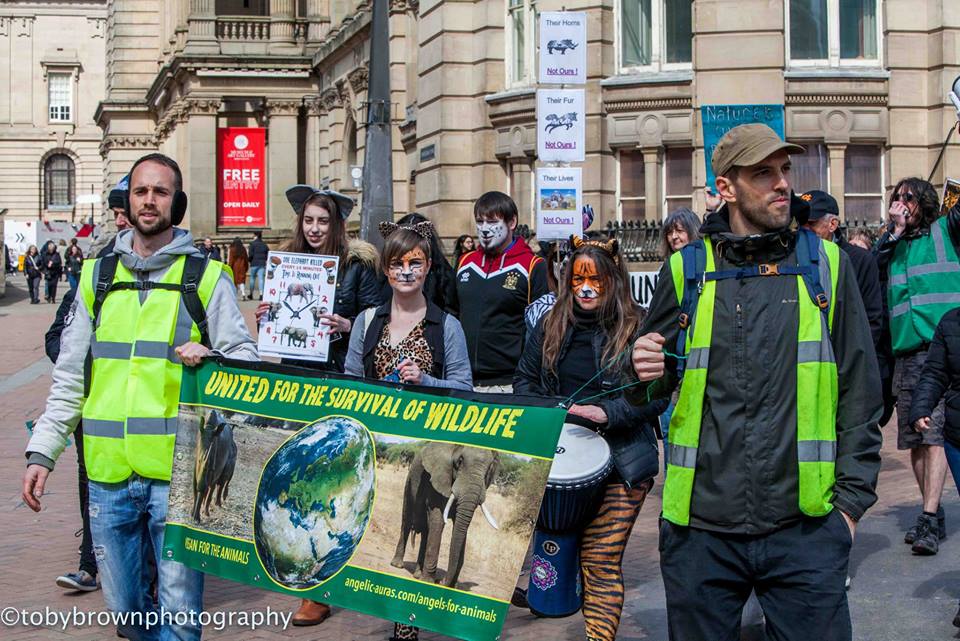 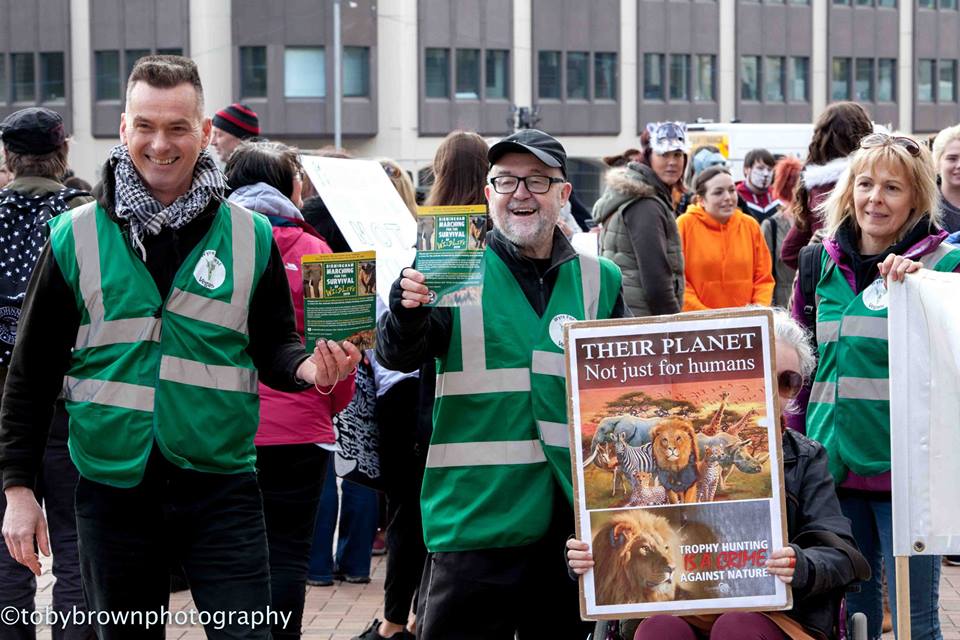 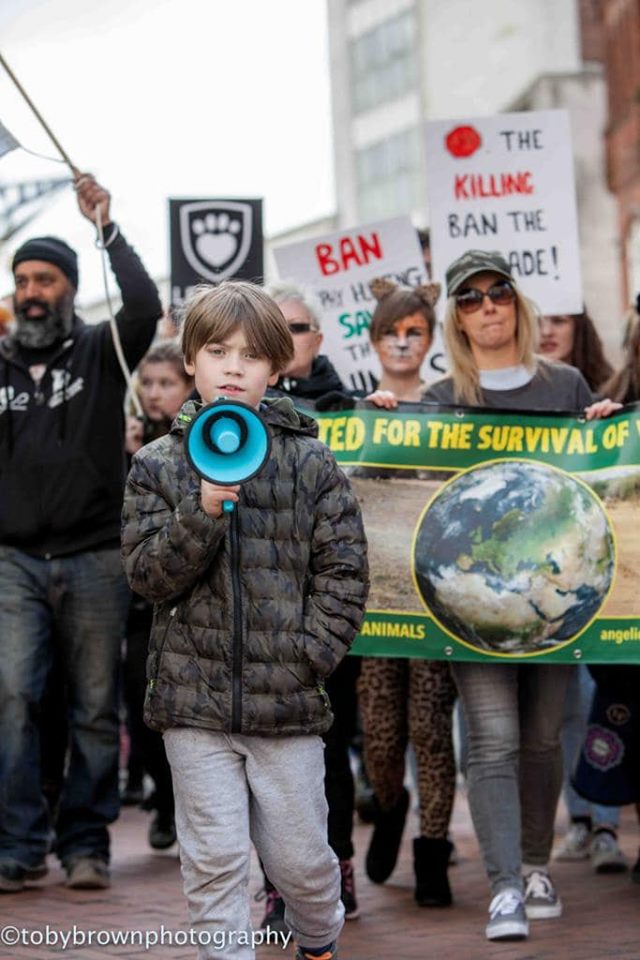 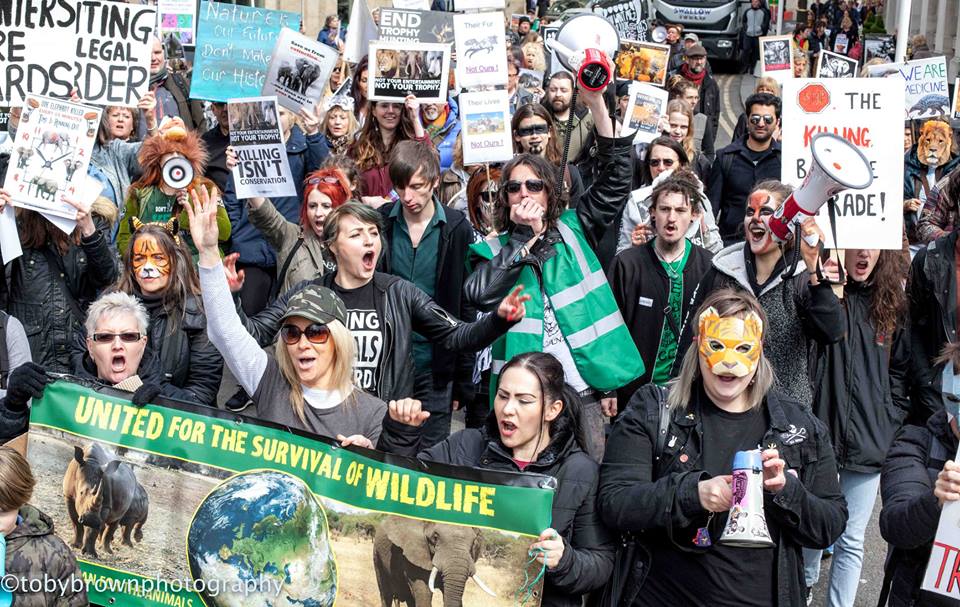 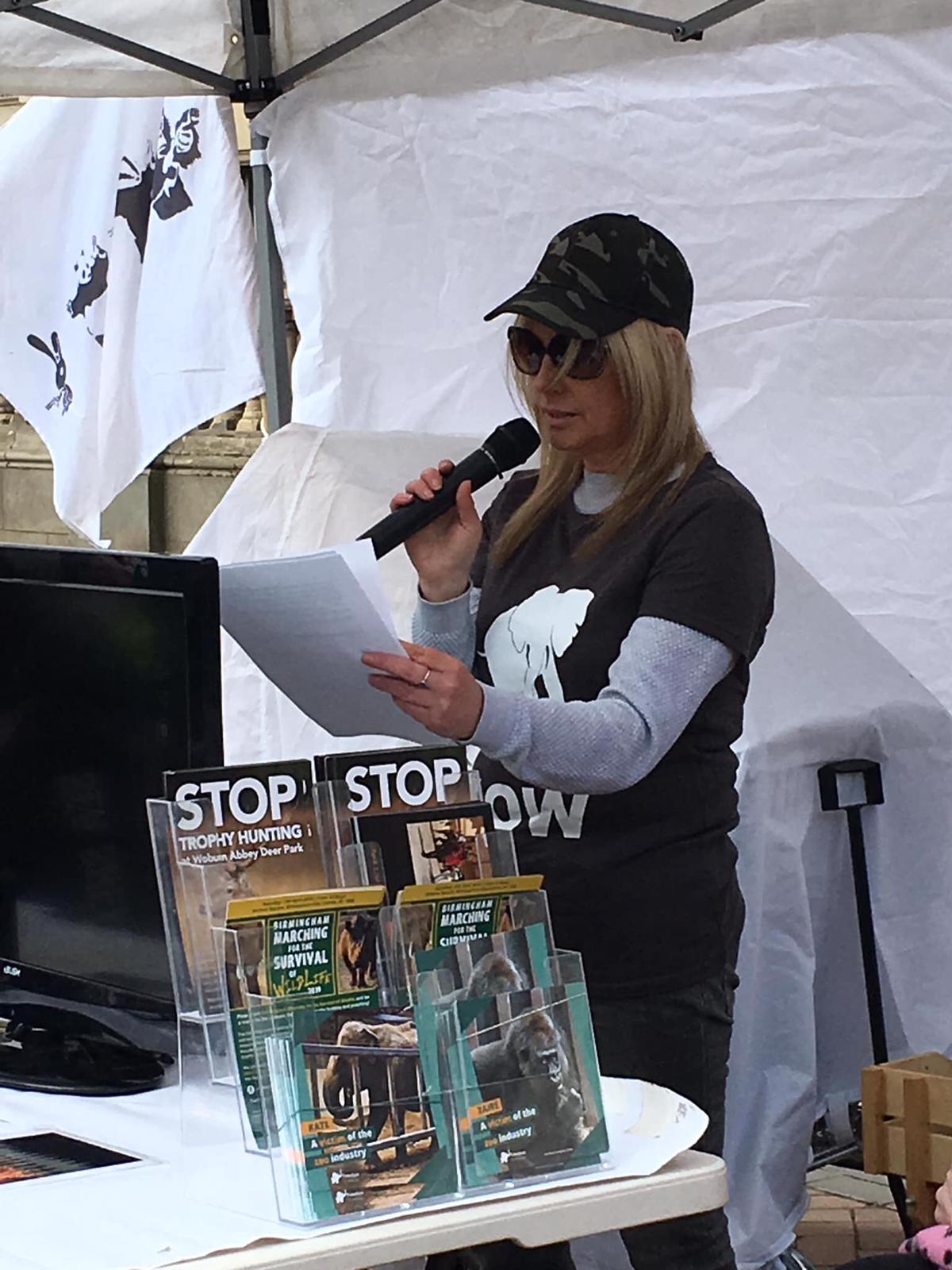